College GameDay's season of firsts will continue in Week 3.

After broadcasting from Lambeau Field and a NASCAR venue in the first two weeks of the college football season, ESPN's flagship pregame show will visit Louisville for the first time.

The crew will be in town for Heisman candidate Lamar Jackson and Louisville's playoff-impacting showdown with Florida State, and while all eyes will be focused on the primetime game, we're  wondering who will join the show as celebrity guest picker.

Here are some options:

​John Schnatter, aka Papa John, is not from Louisville, nor did he attend the University of Louisville. He did, however, grow up less than one-quarter mile from Louisville in Jeffersonville, Ind., and his pizza empire is based in the suburb of Jefferstown, Ky.

His company's name is also plastered on Papa John's Cardinal Stadium and is he a big-time donor to the school, making him the frontrunner to be guest picker for GameDay first visit to Louisville.

Jennifer Lawrence was born and raised in Louisville before finding stardom.

She did not attend the University of Louisville but supports the Cardinals, making headlines in December 2014 while attending a basketball game.

As mentioned before Aaron Rodgers' appearance Week 1 at Lambeau Field, NFL players rarely get the opportunity to visit GameDay. If Teddy Bridgewater is feeling up to it and is able to travel, he could be a wildly popular selection for College Gameday Louisville.

The former Cardinals' star and current Minnesota Vikings' quarterback is sidelined for the season, and while it would be a chore to get him from Minneapolis to Louisville, it could be a fun morning for Louisville fans.

Tom Jackson isn't as sexy of a selection as most GameDay guest pickers but it makes so much sense.

The recently retired ESPN NFL analyst played for Lee Corso at Louisville for three seasons, 1970-72, before entering the 1973 NFL Draft. He has local roots, commercial appeal and, unless his ESPN departure was messy, the network wouldn't hate using one of their own.

Another former Louisville football player, Deion Branch has fallen off the radar of most football fans, but his name still carries enough weight locally and nationally to receive consideration.

The Super Bowl XXIX MVP played two seasons at Louisville, twice earning First-Team All-Conference USA honors and leading the Cardinals to two conference titles. Although he's not a Louisville legend or an NFL Hall of Famer, Branch could be an option. 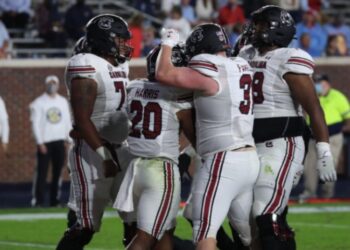